It may have been unseasonably cold, OK but still seasonly wet, in Lincoln on Saturday night but the inclement weather didn’t prevent fans of the pugilistic arts turning out in force to watch local hero Nathan ‘Nightmare’ Decastro challenge Ghana’s Daniel Adjei Sowah for the World Boxing Union (WBU) Super Middleweight Championship of the World at the magnificent Engine Shed venue at the University of Lincoln.

I say local fans, but it wasn’t just local fans in attendance as I see so many people I know, including media, and not just from down south, where I’m from, but from all over the UK, Europe and Africa.  That’s how much interest there was in this particular showdown or perhaps the event itself, as the whole card had an international flavour, with fighters from Europe, Africa and South America competing.

I can understand the interest, after all Decastro is not just unbeaten but has a 90% knockout ratio and is famed for sending Chris Eubank Jr to the canvas with just one punch back when the pair locked horns in the amateur ranks, and on the other side of the ring Sowah has an almost equally impressive knockout ratio, albeit in his case he’s stopped the same amount of opponents as Decastro has had pro fights!.

OK, enough scene setting let’s get down to the action, and there’s plenty of that.

Right from the off there was no pussy footing about with this pair, oh no both protagonists went straight on the attack, the action was intense, both men digging deep into their arsenal of power shots for the first half of the round.

As the round entered the second minute Decastro started targeting the Ghanaians body with some incredibly powerful hooks, so much so you could see Sowah wincing each time an Exocet landed on his lower ribs, after one such assault Sowah stepped back, which left the perfect opportunity for Decastro to switch his attack and let rip with a huge right to the temple that sent the Ghanaian down.

Sowah tried to prevent himself going fully down by grabbing Decastro’s shorts, however the force of the shot was too much and instead of remaining on his feet, this action led to not only Sowah going down but also Decastro being pulled down on top of him… with his shorts around his knees.

Sowah made the count but looked a bit dazed, luckily just after the fight resumed the bell rang to end the first round, otherwise I am sure Decastro would have at least put him down again, if not KO him.

Sowah came out strong at the start of the second, but as soon as Decastro landed another huge right, changed tactics and started surreptitiously holding Decastro every time the opportunity arose out of Referee Lee Murtagh’s view.

Decastro didn’t say a word, instead started working the body on the inside, especially the lower rib region, which appeared to be troubling the Ghanaian. On the occasions that some space opened up Decastro would let rip with big head shots, before making slick excursions to the body to let rip with big hooks and vicious uppercuts.

Round three was more of the same, some fantastic boxing from Sowah, but as soon as Decastro lands a big shot to the head the Ghanaian grabs hold which opens up other opportunities for Decastro to target the bottom rib area. It was like a vicious circle every time there’s space Sowah boxed his socks off, but the moment Decastro lands a big shot he grabs hold or tries to get on the inside.

Around about the thirty second point of the break between rounds three and four, Sowah’s coach summons Referee Lee Murtagh and retired his charge in the corner.

At point of retirement, the scorecards of Judges Charlie Cardona (Malta), Roger Barnor (Ghana) and Stephen Smith (England) were all identical reading 30-26 in favour of Decastro.

Following being presented the WBU Championship belt by British & Irish Boxing Authority’s Secretary General David Smith, Decastro made a statement on air aimed at Colchester’s Tommy ‘Sweet T’ Jacobs, who had been calling Decastro out on social media, during which he announced that he will make a voluntary defence against Jacobs on June 22nd.

Have to say when Decastro-Sowah was announced I thought that it would be a fantastic fight, which it was, albeit short, but Decastro-Jacobs, well that is mouthwatering prospect for all fans of the pugilistic arts.

Cracking four rounder for the fans, some great boxing from both lads, whilst yes there was the occasional attempt to land a knockout blow, the majority of the fight was just nice boxing.

Kellett had the upper hand for the vast majority of the fight, Kilpatrick showcased his boxing skills when the opportunity arose. Mind you the Irishman seemed to be battling with not just Kellett but also a rather loud mouth spectator, whom he would beckon in to the ring on numerous occasions, whilst defending against the ever moving forward juggernaut better known as Lee Kellett!

As a side note, there was also a battle of the corners going on, as Kellett was cornered by multi-World Champion Lee McAllister, whilst Kilpatrick had no less than the aforementioned World Boxing Foundation (WBF) European & International Champion Tommy Jacobs.

For the first couple of rounds there really wasn’t much to separate the pair, other than Beattie was slightly more busy than his Ghanaian counterpart. Cracking rounds, my notes scribbled at the time described them as ‘technical war’, which pretty much described them I suppose.

There were some notable moments in round three, Barnor stepped up the pace and landed a big right, that he followed up with a clinical combination that backed the Scot towards the ropes allowing the Ghanaian to control the proceedings for the first time.

However as the round progressed Beattie began to claw back his advantage with some equally slick combinations of his own before landing a series of thunderous shots to wrestle back control of the round.

Right from the opening bell of the fourth stanza Barnor seemed to be on a mission, taking the fight to Beattie, and once in range switched stance and let rip with some crisp combinations that forced Beattie to box of the back foot.

Beattie once again wrestled back control of the round in the second minute, forcing Barnor back with each attack. With about thirty seconds or so remaining Barnor stepped it up again, however this time Beattie just stood his ground and much to the delight of the crowd so began a toe to toe war until the final bell tolled.

Atahasan started hard and fast taking the fight to his more experienced opponent, Atahasan keeping Narvaez at bay with good strong jabs and slick combinations, Narvaez only able to demonstrate flashes of his undoubted talent, so much was the Cypriot’s domination of the first couple of the rounds.

In the third though, Narvaez began to get the crowd behind himself, entertaining the crowd as he tested Atahasan to the limit with some sensationally slick hooks to the body and crisp lightning fast combinations.

Fourth and final round was a cracker, both lads really going for it for the entire three minutes.

Have to say really, really enjoyed this fight, without doubt Atahasan has a serious future in the sport, I know it was his pro debut, but believe me he fought like an established pro, not a novice.

To the same degree I hope I get to see Narvaez in action again as was impressed with him at times too.

There may have only been four contests on the night, but they were four highly entertaining fights and my pugilistic thirst was well and truly slaked, they were that good!

NEWS: Lee McAllister Vs. Richmond Djarbeng – THE REMATCH – Live and Free To View on FITE & VIVA LIVE 29th May 2021. 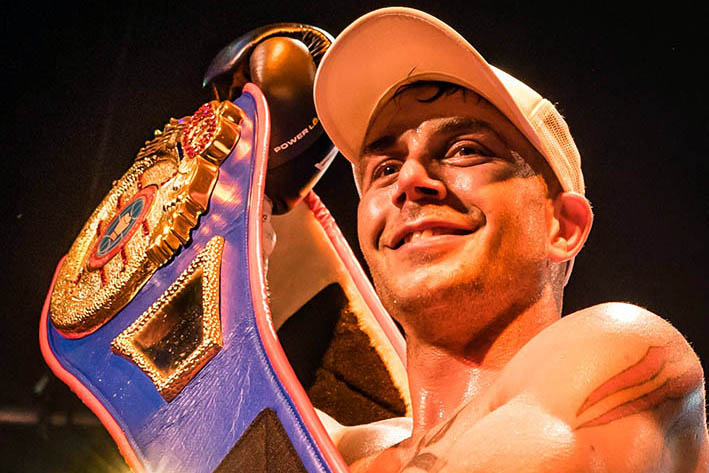 NEWS: Lee McAllister Vs. Richmond Djarbeng – THE REMATCH – Live and Free To View on FITE & VIVA LIVE 29th May 2021. 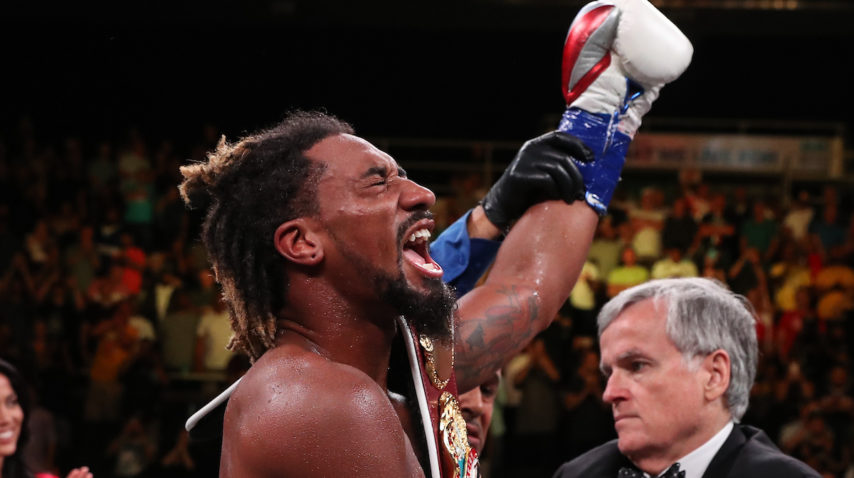 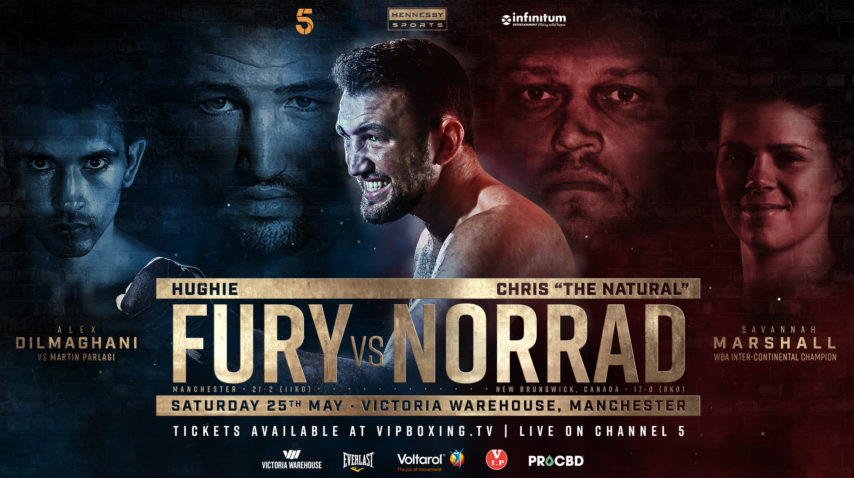 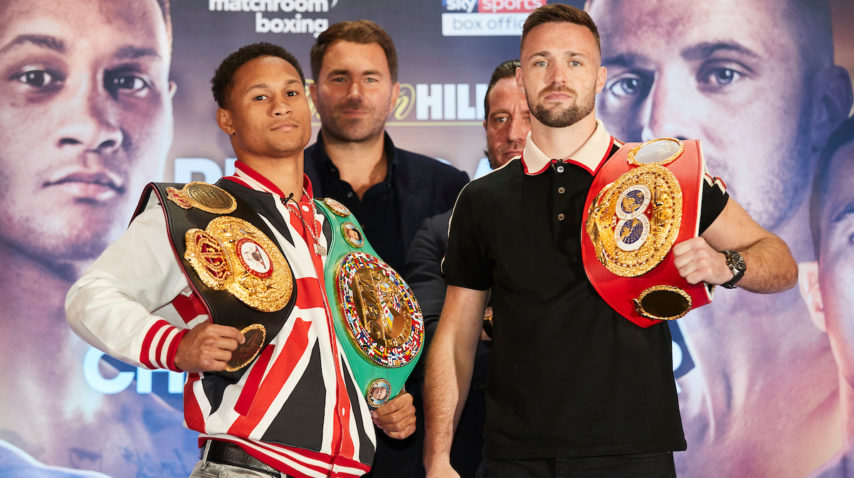