Last Saturday night boxing finally returned to Scotland, for the first time since the lockdown began in March, when six time, five division World Champion turned Promoter Lee Mcallister presented the first in a series of ten special events created for TV under the banner of ‘LET BATTLE COMMENCE’, in association with PAPA JOHN’S PIZZA and NEON ENERGY DRINK and Broadcast Live and Exclusive on FITE TV.

However it was under very different conditions to any pre-lockdown events, for a start there were no spectators or press in attendance, but those weren’t the only differences, not by a long shot.

The event featured a five contest card, each restricted to a maximum of six rounds, in order to comply with Government guidelines.

The local youngster showed no sign of nerves and was aggressively taking the fight to his much more experienced opponent right from the opening bell. Leon though is no mug and used all his experience to good effect to prevent Allan from landing too many big solid shots in the first, however the youngster did land some fantastic shots and come to that more than enough to easily secure the round.

More of the same in the second, Allan’s mature approach, that belied his tender years, really came into play in the second and as the round progressed worked behind his superb jab to fashion some good openings, which he took without a second thought. Just about mid way through the  second round one such opening enabled the youngster to let rip with a massive shot that sent Leon to the deck. Leon made the count with seconds to go and boxing resumed, then with around 30 seconds of the round remaining Allan created another opening and once again let rip and landed a big shot to send Leon to the canvas for a second time, the tough Puerto Rican tried to make it to his feet again but just failed to make the count, official time of the stoppage was 2 minutes and 40 seconds.

Next up was a six rounder between Perth’s Adam Stewart (1-0-0) and late replacement Nicaraguan Alexander Zeledon (6-23-3) after original opponent Steve Sunners (4-0-0) had to withdraw due to injury.

Earlier this year Zeledon beat Manchester’s Dan Booth (4-1-0), so not an easy opponent, regardless of his negative record, for 25 year old Stewart who returned to the fray following a three year sabbatical.

What a cracking fight, both protagonists really were up for the fight, which I’m sure entertained those watching on TV around the world as much as it did myself ringside. The first three rounds were closely fought from start to finish as was most of the fourth, that was until about 25 second or so of the round remaining Stewart fired a massive Exocet to send the Nicaraguan to the deck, Zeledon was clearly in pain as he unsuccessfully tried to make it to his feet. Official time of stoppage 2 minutes and 40 seconds of the fourth round.

What a great fight, in fact a very close contender for fight of the night, it was fast a furious all action war for virtually every second of each round. I’m sure those watching on TV were as enthralled with the action as much as myself, Mulberry’s ring name is “Machine Gun’ and believe me that is a most appropriate moniker, as the 19 year old peppered the body of his far more experienced opponent with fast and powerful left and rights at a mega rapid pace. After six scintillating all action rounds, Referee Edward Law’s scorecard read 60-54 in favour of the teen sensation Lewis Mulberry.

One of the most welcome features of the LET BATTLE COMMENCE series is that there is always at least one female fight on every card, and the fight selected for the opening show welcomed former 10 time World Kickboxing Champion, 20 year old Caitlin Foran from Orkney making her professional boxing debut, against late replacement Jaime Bates (1-0-0), who had take the fight with just four days notice following original opponent Carly Mackenzie having to withdraw after breaking two toes in a riding accident the weekend before.

The fight itself was fantastic to watch, both girls went for it right from the opening bell and throughout the entire contest, Foran secured the first three rounds, but round four see a reinvigorated Bates turn the tide and secure not only the fourth but also the fifth. Bates and her team knew she was in with a chance to get a draw and with her corner’s encouragement really piled on the pressure, Foran is ring savvy though and her excellent ringcraft prevented the ever forward moving Bates from landing too many scoring shots, then around the midway point Bates began to fade, leaving openings that the Orkney lass just couldn’t ignore, which proved just enough for Foran to secure the round and her first Professional Boxing win. Referee Edward Law’s official score being 58-56.

Peers started hard and fast to dominate most of the first stanza, Harrison managed to shake some the ring rust off in the second, his movement and ringcraft, became more like those that we had come to know during his reign as Featherweight King, he began to get his distance spot on and not only prevented Peers from landing as many shots as he did in the first but was landing plenty of big shots of his own to secure the second round.

The third round was fantastic to watch as the two warriors went to war, but the writing was on the wall, Harrison was beginning to look more and more like the Scott Harrison who destroyed the likes of Manuel Medina and Michael Brodie back in the early noughties.

No surprise then that after about a minute or so of the round Harrison see an opening and let rip with a vicious hook to the lower rib to send Peers down. Have to admit I as shocked that Peers made it to his feet, but he did and went straight back to mixing it up with one the best Scottish fighters of all time as if nothing had happened, however the fight was destined to conclude shortly after when Harrison let rip with an almost identical rib-breaker to send Peers down for a second time. Official time of the stoppage 2 minutes and 7 seconds of the third round.

The PPV ($4.99) on FITE TV is still available and those in the UK will also be able to view the event free from Saturday 25th July on Sports Channel Network (Youview/Freeview Channel 265)

The next event in the LET BATTLE COMMENCE series, in association with PAPA JOHN’S PIZZA and NEON ENERGY DRINK will take place on the 1st August 2020 and will be PPV ($4.99) broadcast live and exclusive on FITE TV at 8pm in the UK, 9pm in Europe, 4pm (EST) and 1pm (PST) in America.

An intriguing battle will ensue when Scott McIntyre (4-1-0) goes toe to toe with Wilmer Gonzalez (21-18-1), as both lads are proven big punchers and to add further interest in September 2019 Gonzalez knocked out the World Boxing Foundation’s (WBF) then European and International Champion, who coincidently had fought beat Scott McIntyre six months earlier. 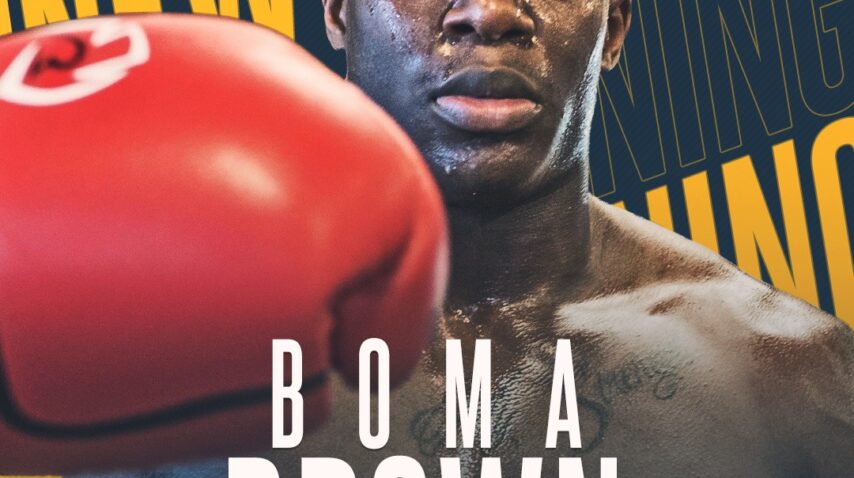 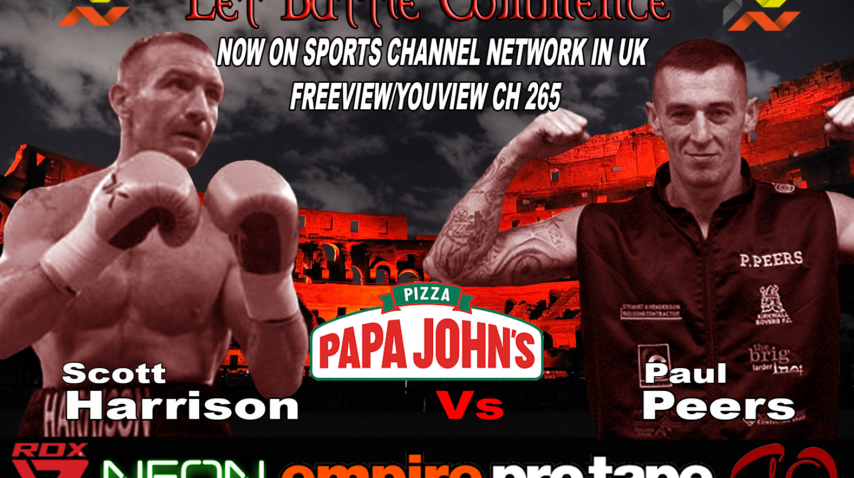 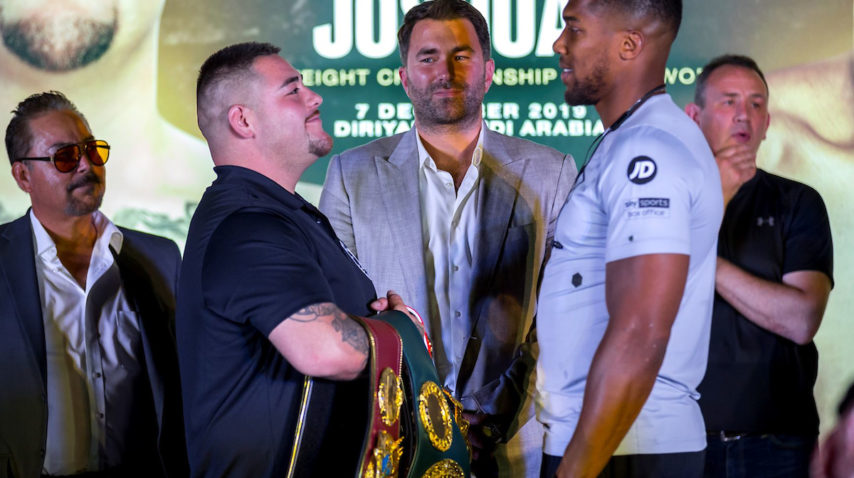 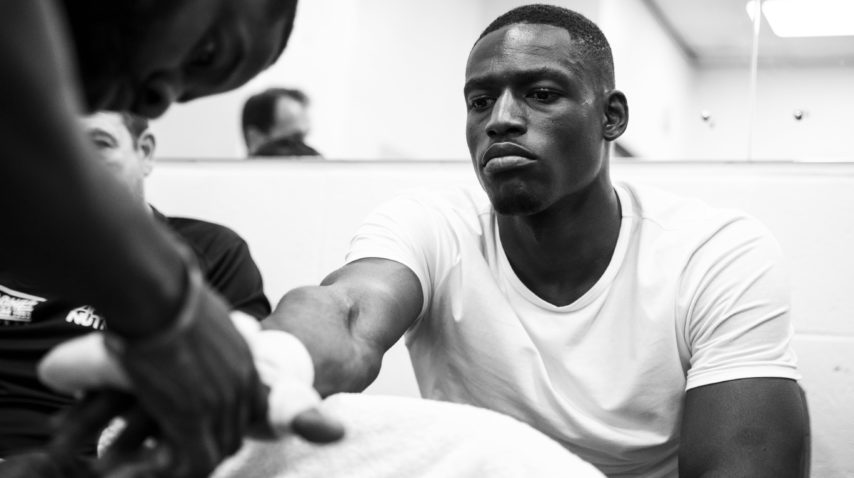